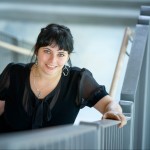 With the growing population in major cities worldwide, more complex and challenging structures are being built. In both Western and Eastern Canada, structures will be subjected to high seismic loads from the significant earthquake hazards that exist there. To improve the resilience of high-rise buildings, an international collaboration has been formed between the International Joint Research Laboratory (ILEE) headquartered at Tongji University in China and UBC. The goal of this collaborative effort is to develop a new resilient high-rise system called the Fused Outrigger RC Wall (FORCW). This new innovative structural system utilizes an outrigger in combination with a reinforced concrete (RC) core-wall system. The outrigger reduces the bending moment demands on the RC core walls, allowing for a smaller core. To further improve the seismic performance of the structure, innovative fuses are added to the outriggers to dissipate the sudden surge of the earthquake energy. In addition, replaceable coupling beams (RCBs) are used to ensure the damaged portions of the structure can be easily inspected and quickly repaired after strong earthquake shaking.

Detailed analytical and experimental studies will be conducted to develop the innovative RCBs to be used for the FORCW. Full-scale components will be systematically designed and tested at UBC. The system-level response of the FORCW will be validated with large-scale shaking table tests that will be conducted at Tongji University and hybrid simulation tests conducted at UBC.

The international collaborative research project also involves the development of two other significant enhancements to the core-wall system. This includes coupled-walls with RCBs and significantly reduced shear reinforcement in tall slender RC walls. The large-scale shake table test at Tongji University will be designed to permit all three innovations to be studied using essentially one test specimen. After the FORCW has been validated, the outrigger will be removed and the coupled wall (with new RCBs) will be tested. Finally, the core wall will be tested in the cantilever wall direction to validate an innovative design procedure that requires much less shear reinforcement than currently provided in core wall buildings because it accounts for shear ductility.

Successful completion of the international collaborative research project will significantly contribute to the seismic design of high-rise construction worldwide, where innovative structural fuses and tall building systems will be designed and validated. In addition, new knowledge on the dynamic behavior of innovative and conventional RC shear walls will be gained. This will ensure the tall buildings can be designed to be more robust, resilient against future earthquakes, while at the same time being more economical.